WHY WERE THEY KILLED? ADDRESSING CHILDREN’S QUESTIONS AND FEARS

Terrible events, such as the recent Manchester Arena bombing and the Grenfell Tower inferno in West London, claimed the lives of young and old. How to help children come to terms with such incidents, how to comfort and reassure them is a question many parents will have had to answer.

Sadly, similar questions are all-too familiar in parts of the Middle East. In Egypt, for example, in the wake of a series of murderous attacks on the Christian community including the 26 May shooting of men, women and children as they travelled by bus to Sunday worship.

This latest atrocity left many young believers questioning if God had abandoned them, according to Essam Nagy, familiar to viewers of SAT-7 KIDS as “Mr Know”.

With young viewers in Egypt shaken up, questioning both their faith and the world they live in, Essam’s programme, Why Is That?, decided to respond immediately to the attack.

“Originally, we were planning an episode on how to spend time wisely during the summer,” Essam said. “But three hours before going live, we heard about the attack and changed the topic of the episode.”

Once on air, the Why Is That? team paid their condolences to the affected families and opened the conversation with their young viewers – many who had already been exposed to disturbing television reports of the incident.

“I said to the kids that the Lord is near and hears their cries, and that Jesus has not and will never abandon them,” Essam said. “The first phone call we received was from a child in Beni Suef, the city from where the attacked bus began its journey.”

Many children called in to the live programme to say that they forgave the killers and would pray for them. One young girl called in to say: “May God be with us and not let this happen again.” When Essam asked if she would feel abandoned by God should such an incident be repeated, she replied “Yes”. Essam gently explained that she should trust in the Lord always, and that He loves her through everything.

Essam guided the children in a short prayer, helping them to remember to trust Jesus and stay close to Him in hard times. 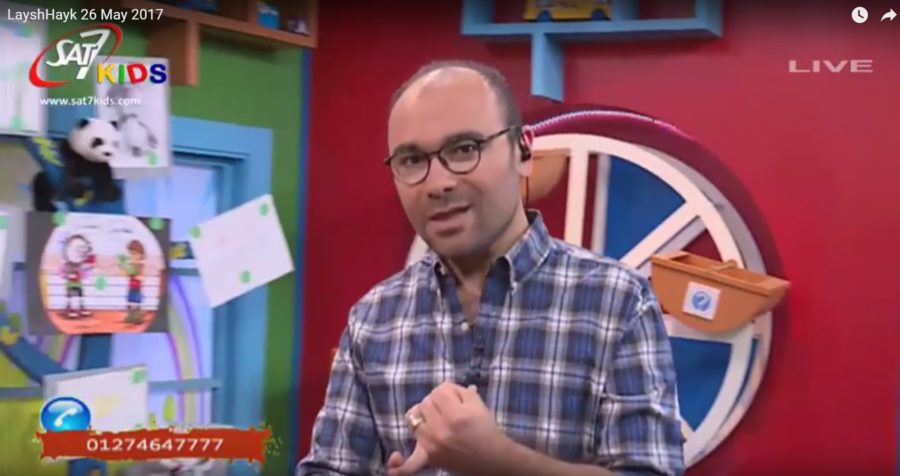 “You are the heroes of faith,” Essam told them. “The small light inside you touches all the people around you. Jesus said: ‘You are of God, little children, and have overcome them, because He who is in you, is greater than he who is in the world.’” (1 John 4:4)

“When an incident like this occurs, we have to address it!” Essam stressed. “We want [the viewers] to know, in their hearts, that Jesus is there for them. When evil things happen, we all can take refuge in Him.”

Essam explained that children of the region are continuously exposed to terrible news. “It was a bit challenging for us to address such a fresh wound on air, but God was ready with answers. The kids spoke about forgiveness, love and peace to those who are in pain.”

“Children are like seeds,” Essam explained. “When you plant them in good soil, they will grow delicious fruit. Investing in them while they are young is very important. This is what we all yearn to attain: to be child-like in terms of our faith. Through these children’s testimonies, faith shall not only be restored but also challenged and reinforced. This is how we can strengthen Christian families and the Church in the Middle East.”

In a region where half the population is aged under 25, it is vital to provide Christian teaching for children and young people. If you would like to support SAT-7’s children and youth programs, please consider a donation to our work!