“WE ARE RESILIENT – BUT FOR HOW LONG?”: VOICES FROM BEIRUT

I have just returned from Beirut, Lebanon. With the elections looming this weekend, the city is plastered with banners and posters of the different political parties, their colours and slogans on massive billboards along the highways.

This is the first election since the port explosion in Beirut on 4 August 2020. The government resigned following the explosion but have remained in their positions as no agreement could be made for a new government. The explosion came after a year of high inflation rates and protests, further exacerbating the economic, social, and political situation on the ground. It is clear that people I heard from on the ground feel the elections should be an opportunity for change, for improvement, for hope for a country that has been through so much already.

Yet each day, as I meet people at the office and in the streets, I also see varying degrees of hopelessness, resignation, and frustration. “Nothing will change,” says Aida*, a young professional woman. “The faces are all the same. It’s the same political families, the same politics…”

“Don’t ask me about the elections – it will all come bursting out!” says Nada*, my peer who lives in Beirut. “Who represents me? Who will fight for me?” she continues passionately. “I am a millennial; I did not experience the war. My generation faces different challenges, yet all the political candidates have the ‘war’ mentality. What hope do they have of relating to and understanding the needs of my generation and the next? There is so much corruption.

“Families cannot survive unless they earn dollars, for everything we buy, we have to pay the dollar value,” she continues. “What was considered a decent salary before, now barely covers a family’s meals for a week.”

“Our parents worked and saved for years and just like that, they lost everything. They are now looking to their children for their futures… I just got married last year and I can’t even think about having children. We have no medicine, no vaccines… We are receiving medication from Syria on the black market…”

“We are a resilient people,” Nada acknowledges. “But for how long? Till when? We are living, but we are not okay.”

“Our hope is in God. There is nothing else.”

“Two or three years ago, with this 100,000-lira bill, I could have filled a shopping cart at the supermarket,” explains my friend Nesreen*. “With the same bill I can now only buy a coffee and maybe a small snack.”

The inflation is so severe that people are carrying literal stacks of money in their purses, not bothering to use the smaller bills, which are almost worth nothing. “People cannot survive on the wages they are earning here in the Lebanese lira. They depend on family abroad or a family member who is being paid in dollars,” says Farah*, Nesreen’s aunt. “It’s a miracle that people are surviving.”

“Lebanon used to be the hospital of the Middle East,” she continues to explain. “Before the Civil War, people from Syria, Egypt, and the Gulf used to come here to get treatment from expert doctors. The doctors have all migrated due to inflation, and the medical system has collapsed. If you want to be treated at the hospital now, you need to take a bag full of money with you, because they want a guarantee that you can pay. Insurance doesn’t cover anything anymore. The only way to be treated is to give the money upfront.”

Her words make me recall a recent episode of the SAT-7 ARABIC program You Are Not Alone, which addresses the tragic “Boat of Death”, a migrant vessel that sank while carrying people were trying to flee Tripoli, resulting in a number of deaths. “I got on the ‘Boat of Death’ because there is no medicine, no one can go to the hospital…” said one survivor who spoke on the program.

Many people are becoming desperate to leave the country, risking their lives on such boats, because legal means of travel are becoming almost impossible. Many banks are closed or do not provide the services necessary for papers of proof to receive a visa. Even the ATMs no longer work, and people are not permitted to pay by visa card alone, instead having to pay for each transaction with both card and cash, divided 50-50.

The situation is dire, but as Nada’s words show, the Christian community continues to find hope in Christ.

At Resurrection Church in Beirut on Sunday morning, I listen to Pastor Hikmat Kashouh speak about the elections and encourage the people.

“A good Christian is a good citizen,” he says. “He or she is not careless about what is happening in the country. Pray for your country, and live your life as an example to others. We need to know the word of God to become influential people.

“A leader should be someone who represents her or his people. A leader is honest, faithful, and speaks for the people, like Jesus Christ. Before we vote, let us pray, research, and think about who is most like Christ. Ask the Lord for guidance and wisdom.

“Lebanon is suffering. To those who are not Lebanese, please pray with us, research with us, encourage us to vote. Join us in praying for the future of our country.”

*Names have been changed to protect identities. 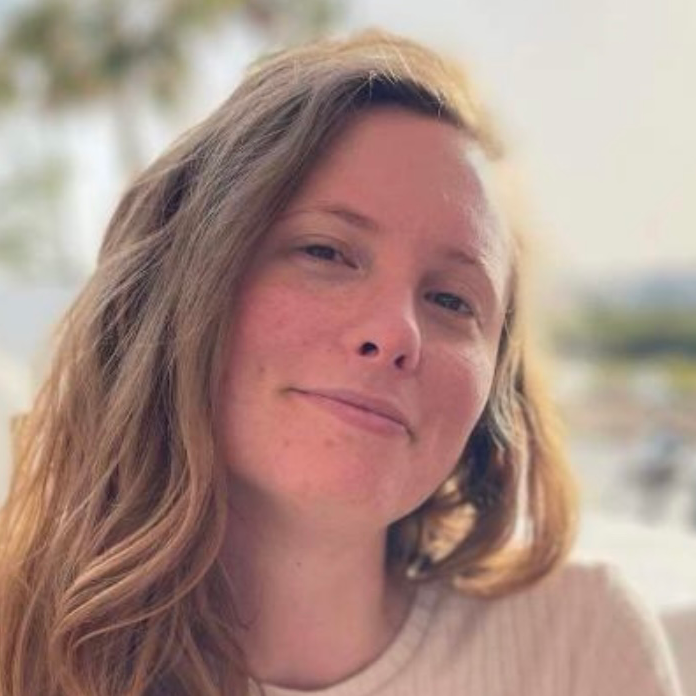 Stefanie Mitchell was born and raised in Turkey. Stefanie is the SAT-7 Persian language Channel Communications and Development Officer.