SAT-7 KIDS celebrates a decade of broadcasting on 10 December 2017. We look back and see how God has used the channel to speak to the hearts of children in the Middle East and North Africa (MENA). We are also awed by His provision and support through some of the hardest times for the region in living memory.

SAT-7 KIDS began broadcasting with the goal of bringing much-needed Christian teaching to the 125 million children under the age of 16 across the Arab World. In the channel’s first full year of broadcasting, responses from viewers tripled. This is in comparison to responses SAT-7 ARABIC received for children’s programs, prior to the launch of SAT-7 KIDS.

Children and parents wrote to the programs’ presenters and characters expressing their joy and gratitude for the new channel. God has blessed this channel with holistic programming, mature Christian presenters, and production teams focused on meeting the needs of young viewers.

Every Year of SAT-7 KIDS’ journey has been a step forward. In 2009 the channel launched its first website: www.sat7kids.com, which three years later won a gold award in the “Media – TV and Radio” category of the Pan Arab Web Awards (PAWA). In 2010 the popular program Why Is That? became the first show to air live on SAT-7 KIDS, with Mr Know taking calls from children in real time. The channel visited and interviewed children living in Syrian refugee settlements in Lebanon in 2013. To answer the need for better education in the region, the program My School was launched in 2015.

The program City of Stars is SAT-7 KIDS’ recent initiative to create awareness and address the needs of children with disabilities. As we reflect on the channel’s ground-breaking milestones, we draw inspiration for further pioneering steps in its future. We persevere, trusting in the guidance and provision of our Heavenly Father, and thanking our supporters for making it possible to continue our journey of impacting young lives. 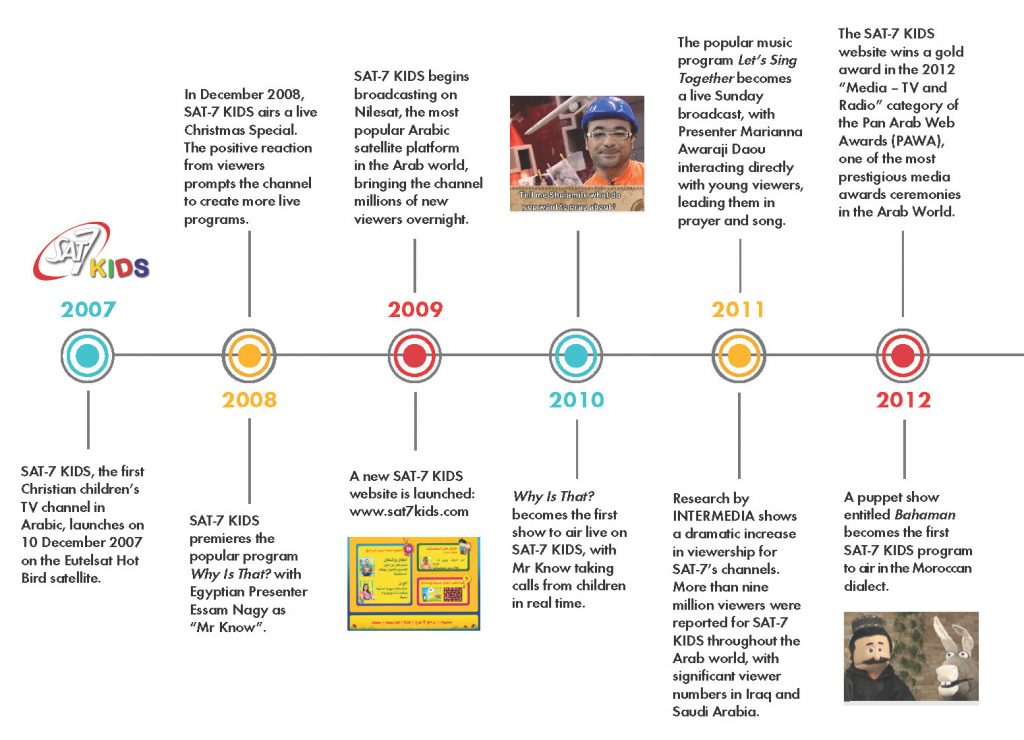 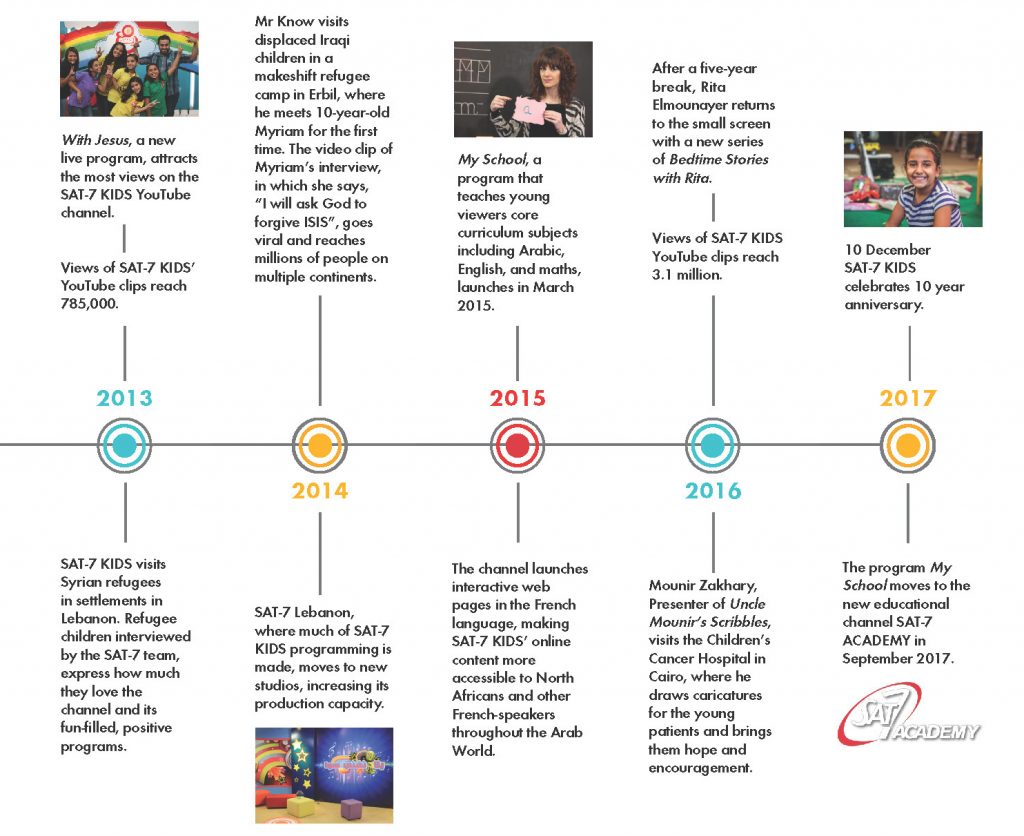