SAT-7 TÜRK – A MESSENGER OF GOD’S LOVE IN TURKEY

This Valentine’s Day, SAT-7 is celebrating the five-year anniversary of SAT-7 TÜRK broadcasting on Türksat. Five years ago, the launch was described as “a miracle”. Today, God continues to be faithful to SAT-7 TÜRK and its viewers.

“It would be impossible to explain our faith to 81 million people one by one,” says Melih Ekener, Executive Director of SAT-7 TÜRK. “But over the past five years, through television we have been able to reach hundreds of thousands of people and now we are starting to see the fruits of the seeds we planted when we started.” 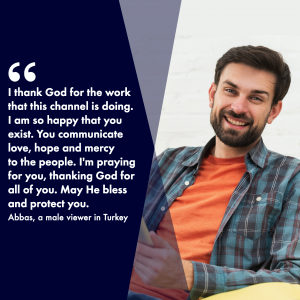 The same blessings can be seen in the increase in viewer engagement over the last five years. Since its launch on Türksat, SAT-7 TÜRK’s audience engagement has increased by an average of 49 percent every year. In 2015, the audience relations team only received 1,211 cases of contact for that year; four years later, this number has reached 18,100 cases.

The two most common reasons viewers contact SAT-7 TÜRK are for prayer and to ask questions about Christianity. This demonstrates that the channel is achieving its goal of supporting existing Christian communities and informing the general Turkish population about the Christian faith.

The fact that an ecumenical Christian channel is being broadcast on a Turkish government-regulated satellite is very important to the small number of Christians living in Turkey. Making up less than one percent of the Turkish population, Christians are poorly represented in media, and misconceptions about the Christian faith are very common.

“What we do wouldn’t be possible without people who have faith, knowledge, and experience,” states David Middleton, Development Manager at SAT-7, reflecting on God’s faithfulness over the years. “Five years ago, SAT-7 TÜRK began broadcasting God’s love in Turkey with a staff of 20. Today, they are a team of 40 individuals that God has brought together from across the country.” 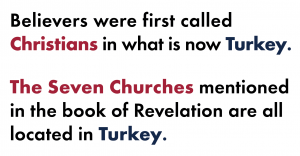 By being broadcast on a Turkish satellite, SAT-7 TÜRK provides Christians in Turkey with a platform on Turkish television to have their voices heard, and to have their cultures, traditions, and faith understood. SAT-7 TÜRK shines a light on misconceptions that Christianity is a Western religion by ensuring that all Christian denominations and Christian ethnic minorities in Turkey are represented as a part of Turkey’s rich cultural heritage and history.

Please pray that God continues to use SAT-7 TÜRK to support Christians and inform viewers about the Christian faith in Turkey. Pray for protection over the team and the channel in these uncertain times.