SAT-7 BEAMS CHILDREN’S VOICES OF LOVE TO THEIR PEERS

As we celebrate World Television Day (21 November), Christian broadcaster SAT-7 KIDS demonstrates the medium’s continued ability to transform children’s lives. The channel is a powerful platform for teenage role-model presenters – such as new addition Markus Kashouh, a popular YouTuber – who encourage their peers with a message of hope and support.

“Be who you are, even if it seems the world will not accept you. Follow your dreams. Work for the good of others. And through it all, have strong faith in Jesus.”

This is the message 15-year-old Markus Kashouh wants his young viewers to hear. SpaceNet, the SAT-7 KIDS show he presents, helps children explore the world around them while developing positive values. And Kashouh is passionate about his platform to help his less-advantaged peers fulfil their potential. “I think that the new generation has a really important role to play, because we are the future,” he says.

As a role model for today’s digitally literate youth, Kashouh, who has been running his own YouTube channel for two years, is an inspired choice. In his YouTube videos, the youngster demonstrates not only screen presence and comic timing but loving, Christian values.

“I try through my actions to be ‘clean,’ because on many YouTube channels, the content is inappropriate. So I try to show that I am different,” says Kashouh, who is the son of Resurrection Church pastor Hikmat Kashouh. The presenter’s foundation of Christian faith is also clear. “It’s not my own strength or talents that brought me here,” he says. “It is gifts from God… it is God who brought me here.”

Kashouh is also an advocate for gender equality and for caring for the less fortunate. For a video published on Valentine’s Day, he filmed in impoverished areas in his home city of Beirut, Lebanon, to raise awareness of the plight of refugees. “We should not only talk about romantic love,” he explains. “You can show love to these people, too.”

HARNESSING THE POWER OF PEER INFLUENCE

While promoting healthy parent-child relationships remains paramount, peer influence is an important part of SAT-7 KIDS’ work to support the youngest generations. As well as young presenters, the channel is a platform for viewers who call in live to pray for each other and share messages of encouragement. “Viewers feel that they can relate more easily to kids their own age,” says Channel Manager Andrea Elmounayer. “They speak the same language.”

Without positive role models like those on SAT-7 KIDS, Elmounayer explains, children may turn to influencers with unhealthy values. “But once the voice of truth has been heard, their trust is given, and their faith is built, those less positive role models will no longer be a strong threat in their lives,” she says.

As a dedicated 24/7 Christian children’s channel watched by 5.6 million people, SAT-7 KIDS is well-placed to empower young presenters to be this voice of truth to their peers. 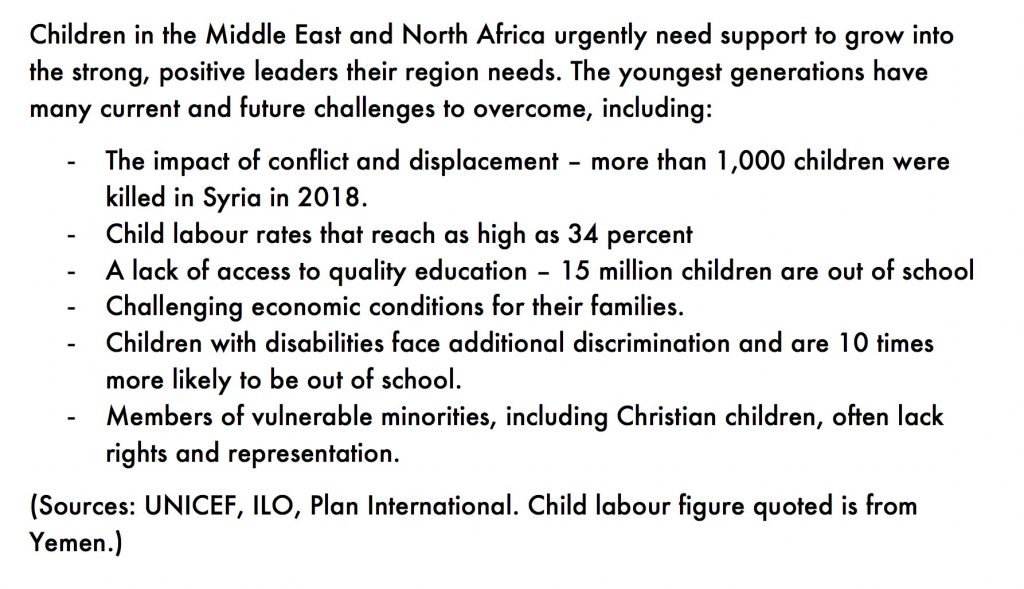