QARAQOSH: THE HOPE THAT ISIS COULD NOT KILL

The world watched in horror in 2014 as ISIS rampaged through Iraq, driving hundreds of thousands of Christians from their historic homelands. Five years on, a SAT-7 documentary visits the liberated city of Qaraqosh, where believers are rebuilding – unbroken, and filled with hope.

In one scene from the new documentary, Sequel of Hope, a church in Qaraqosh is filled-to-bursting for Easter. The service is celebratory – but a closer look reveals a reminder of the recent past.

Scrawled on a white stone slab are the spray-painted words, “ISIS’ caliphate will stay forever”.

The words have not been painted over or scrubbed off, simply crossed out with a thick, black “X”. They are a reminder of what was here – and what is here no longer. 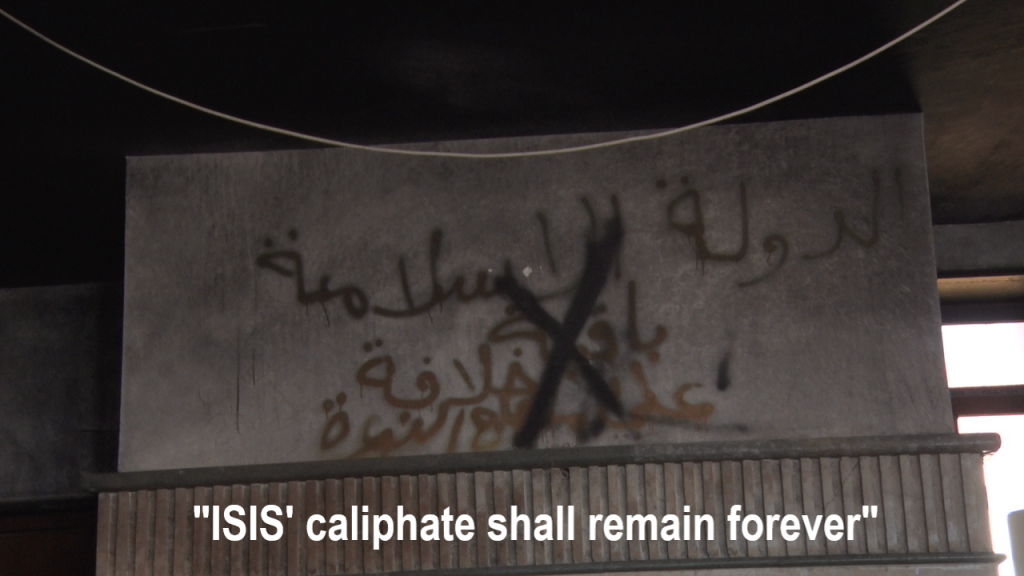 ISIS were driven out of Qaraqosh in 2016, but it has taken years for refugees to come back. Today, only around half of the once 55,000-strong population has returned.

Parts of the city feel like a ghost town, with empty streets and buildings damaged or lying in ruins. ISIS destroyed, burned, or vandalised every church in the city. At some, the walls are riddled with bullet holes, with images of Jesus gashed and defaced.

DANCING IN THE RUINS

But amid the ruins, hope is alive.

Essam Nagy is the SAT-7 Presenter, Producer and Director of the documentary, who visited Qaraqosh. “The place is packed with people,” Nagy says in Sequel of Hope, “who are eager to be part of the body of Christ … The whole scene declares the victory of righteousness over darkness and hatred.”

Along with the Easter services, the film shows thousands of believers gathered for a Palm Sunday procession.

In a town where Christian families were murdered and buried in mass graves – a town reduced to an insurgent holdout – they dance joyfully through the streets. 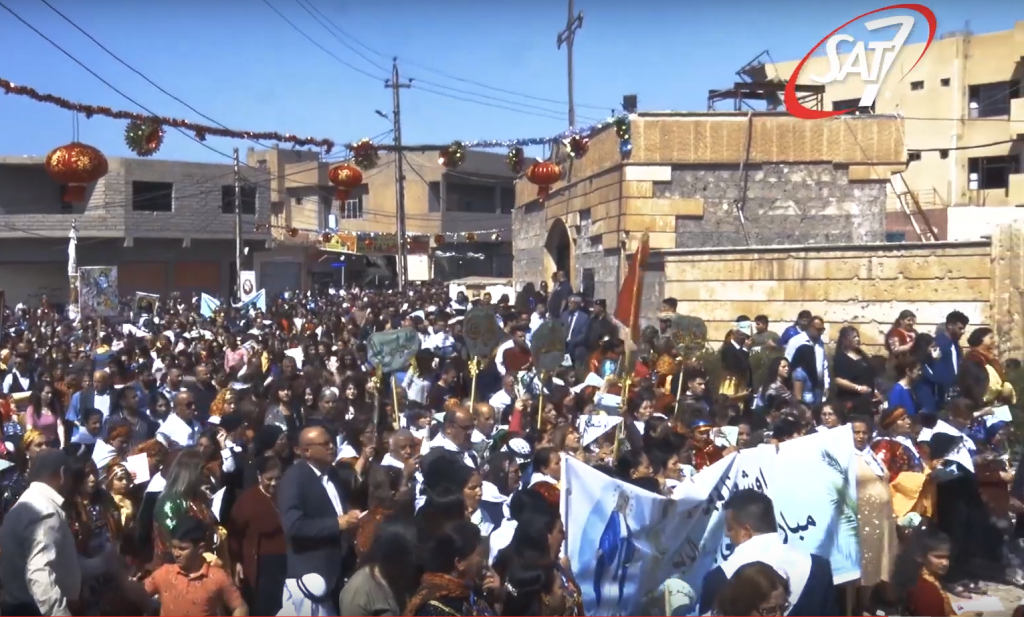 “THEY COULDN’T WIPE OUT HOPE”

“[ISIS] wanted to bring all the crosses down, and they did,” says Nagy. “They wanted to erase all the Syriac and Aramaic inscriptions in the churches, and they did.

“But in the end, they couldn’t wipe out the hope. There is an ‘X-factor’ to being a Christian in the Middle East, one that cannot be erased. It is hope.”

“WE ARE THE TRUE CHURCH”

Nagy also visits Al Taha Church, accompanied by Father Majid, a well-known local church leader. Once again, the faithful are gathered in large numbers, joyful in defiance of the damage around them.

“The Church is not only a building,” says Father Majid. “We are the true Church.”

Father Majid shows Nagy a marble altar, left blackened and crumbling by an arson attack. A piece comes away in Nagy’s hand, and he looks at it for a moment.

“Can I keep that piece?” he asks, his voice husky.

STRONG ON THE INSIDE

Later, Nagy shares the resonant meaning of this moment. “It has two sides to it,” he says, holding up the crumbled piece. “You have the blackened side, where the fire has eaten it away. But the other side is still white.

“Yes, the fire hurt it. It has been damaged physically, on the surface, but on the inside, it remains marble – it remains itself.”

This holds true for the believers of Qaraqosh, Nagy says. They bear the weight of what they have endured, but they are far from broken. “They are there to make a statement – to say, ‘It is not so easy to erase us.’”

“When you lose everything,” he says, “nothing is left but what you believe.”