Proclaiming freedom: free to be equal

“A voice inside of me refuses to be silenced,” says a woman who called in to SAT-7 ARABIC. As societal pressures conspire to keep women and girls unheard, SAT-7 aims to bring them together, to amplify their voices, and to highlight the struggles and lack of support they face and which now compounded by the pandemic.

Women and girls have disproportionately borne the worst impacts of COVID-19 in the Middle East and North Africa (MENA), including an increased risk of child marriage and a disturbing spike in domestic violence. The pandemic has also magnified existing inequalities in families, in the workforce, and in wider society that limit women’s choices and ability to express themselves.

But, as the slogan of the SAT-7 ARABIC women’s program Needle and New Thread says, “The glory of God is a human being fully alive.” From Egypt to Turkey to Algeria to Iran, SAT-7’s women’s programs give women viewers a platform to be heard. They also challenge female and male viewers to examine and discuss women’s roles, and their right to live full lives and enjoy their rights.

Over Needle and New Thread’s seven years of successful broadcasting, the words of viewers who have called in show the program’s deep impact on numerous women and families. “After I watched the program, my life changed. Being encouraged to calmly and persistently object to family abuse made a big difference. Now I can speak up,” says Nadine.

Another viewer says, “I have been watching Needle and New Thread since I was in high school and through my university years. This program is the place where I can be myself. I keep trying to make the world a more beautiful place. I volunteer in my community to help young girls to think for themselves. All my life, I was told that as a girl I don’t count, but now I feel like I matter.” 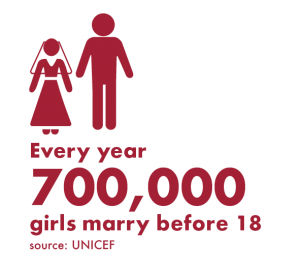 For some women, the platform Needle and New Thread offers is an invaluable support when they have no other way to share their experiences.

“Someone tried to physically assault me in one of my jobs, but I couldn’t make a complaint,” a caller says. “My parents silenced me on this issue. I had to remain quiet, but a voice inside of me refuses to be silenced.” Needle and New Thread producer Maggie Morgan explains that women who remain silent in their daily lives may in fact support freedom of expression, and have a strong desire to speak out. But, she says, they know doing so may come at a cost. “They wonder whether voicing their true opinions would cost them the freedom that they do have,” she says, highlighting the example of a victim of harassment who will not tell her father for fear he will not make a report, but will force her to stay at home in future.

For Maggie Morgan, another piece of the puzzle is helping women apply what they take away from SAT-7 with small, workable changes they can make in their own lives. She is now preparing a new program, called Journeys of Joy, which will continue walking with women, particularly viewers in rural Upper Egypt, as they journey together to realise the glory of God in their lives. 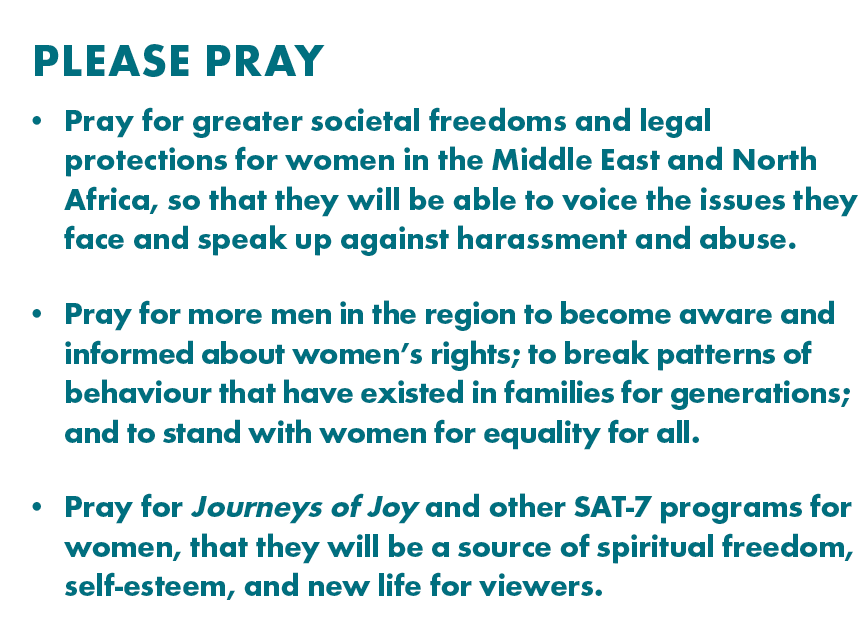 Tagged: free to be equal, women of the middle east, women's equality