POWER OF MUSIC BRINGS VIEWERS TOGETHER

A series of impactful, high-quality Christian music videos are currently bringing light and hope to SAT-7 ARABIC viewers. Produced during an impressive recording marathon in Lebanon, the diverse clips aim to bring believers from different backgrounds together in praise.

Producer Andrew Gamal travelled to Lebanon, where his team produced an ambitious 40 videos in just three days. The performances were recorded in 12 different locations, including mountainous settings and the well-known Sainte Rafqa Institute of Music in Jrabta. The songs were from different musical traditions and performed by musicians from Egypt as well as Lebanon.

“WITH EACH WORD, I FELT THE SPIRIT OF GOD”

Some of the compositions were original, while others were older songs that had never been aired on SAT-7 before. The team produced several clips for special seasons such as Christmas and Easter, as well as many others that are already being shared on social media. Some were streamed live at the time of recording. 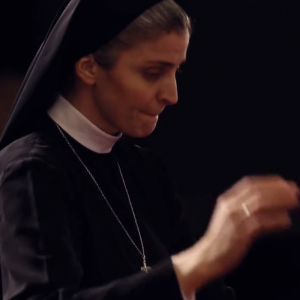 Gamal recalled the joy of filming one particular song, which was recorded on the last day of filming. Sung by a talented Catholic choir and conducted by a Lebanese nun, it was based on Psalm 121:4: “Behold, he who keeps Israel will neither slumber nor sleep.” Although the whole team was tired, the song had a profound impact on Gamal. He said:

Gamal, who is involved in many of SAT-7’s music-based programs and projects, has “a vision for the whole of the Middle East and North Africa”. He believes passionately in producing music that represents every area of the region, and has recently worked with musicians from Sudan and members of the Egyptian diaspora in the UK and USA.

Gamal explained that he also aims to include musical styles associated with different denominations, saying:

“There are many kinds of food. Some people like one kind, others like another. So, we do not cook only one kind of food, because then some people will go hungry. Similarly, we try to create different kinds of music so that people can choose.”

This approach will also be reflected in a new project to create a set of 30 children’s music videos for SAT-7 KIDS, in which Gamal aims to include youngsters from several different churches. 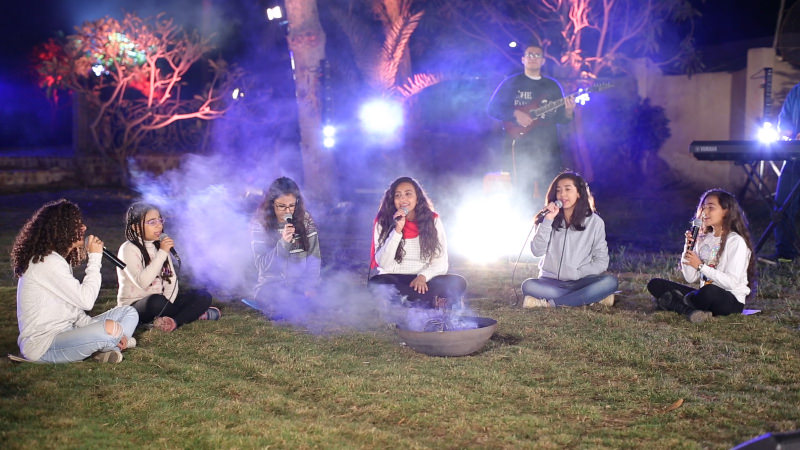 By introducing viewers to music that they may not have sought out for themselves, SAT-7 helps promote understanding between viewers of different backgrounds. Gamal said:

“[This approach] can promote acceptance of people’s differences and create unity. If people like what they hear and see Jesus in it, they realise that all denominations are aligned with the truth in their own ways. Music is a universal way to talk about Jesus. Even viewers who cannot understand the language can relate to the emotion.”

The truth of this statement was shown in one viewer’s reaction to “Have mercy on me, God”, which was performed by a female soloist and shared for the feast day of the Assumption of Mary on 15 August. The viewer wrote:

“This song speaks to me – without understanding its words – of brave men and women and the sadness surrounding their culture. Hope is arising, if you believe in it. A touching song, wonderfully interpreted.”