SAT-7 IS CHANGING PERCEPTIONS ABOUT WOMEN

A new UN study shows how men and women in four Arab countries look at gender equality. The report states that according to a very large proportion of men in Egypt, Morocco, and Palestine, the woman’s main task is to cook and take care of the family.

Egypt tops the list with 87 percent of men who think that women should primarily cook and take care of the home. 90 percent of respondents in Egypt also believe that women must tolerate being beaten to keep the family together.

In the “Understanding Masculinities” survey, UN Women asked approximately 10,000 men and women from Egypt, Morocco, Lebanon, and Palestine about some different issues regarding gender equality and women’s views. The results show a broad acceptance of violence towards women. However, this contradicts the fact that “many men [in these four countries] theoretically support laws and actions that promote gender equality.” The survey also indicates that two in three men in Lebanon and Morocco believe there should be more women in positions of political authority. But in these same countries, four out of ten men also say that women are too sensitive to be leaders.

UN Women has conducted similar studies in other countries. The age gap between younger and older men has usually meant a significant difference in responses, especially regarding attitudes towards gender equality. But this does not seem to be the case in Morocco, Egypt, and Palestine: young men’s opinions are not very different from their older compatriots.

This survey is the first multi-country study of its kind and size in the Middle East and North Africa (MENA). Having read some of the 287 pages of the 2017 study, it has helped me understand men’s and women’s view on equality. It is also encouraging to me that SAT-7 is actively trying to change some of the numbers in this study by giving women a voice through our programming. We strive to encourage women to pursue opportunities, give them more confidence, and inform them about their rights. We also work towards changing the view and attitude of men in the MENA towards women, with programs promoting acceptance of each other’s differences.

SAT-7’s channels broadcast a variety of at least 15 programs exclusively for women, most of them airing every week.

Within our SAT-7 strategic goals, we have dedicated a special focus to the subject of women, women’s rights, and equality. SAT-7’s aim is to change men’s perceptions of women in the Middle East and North Africa, and help women to change their perception of themselves. It is my belief that these efforts will reap a gradual and necessary change for women in the MENA. 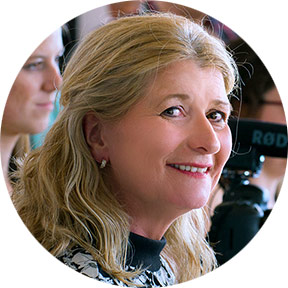