When a SAT-7 team invited villagers in Upper Egypt to take part in a teaching and worship program, the response was far more significant than they could have hoped. Our People, which is airing on SAT-7 ARABIC, was recorded with hundreds of audience members who arrived enthusiastic to be involved.

Our People is a short creative program in which poet and Pastor Dr Shady George explains Jesus’ teachings through storytelling, poetry and song. The show was recorded in a predominantly Christian village, where the positive local reaction surprised the filmmakers.

“When we were filming, the villagers were very excited,” explained Producer Andrew Gamal. “One day, over 300 people came to attend the filming. Although we did not need so many people on set, the owner of the house we were using refused to let them go, as this would show a lack of hospitality. So, we filmed the show with a larger audience!”

Sitting on the front porch of the house with the villagers gathered around, Dr George explains a different parable in each episode. His words are complemented by songs inspired by Upper Egyptian culture, performed by a band led by hymn singer Samuel Farouk. Upper Egyptian villagers mainly come from a farming background and have a long tradition and culture of music and folktales. 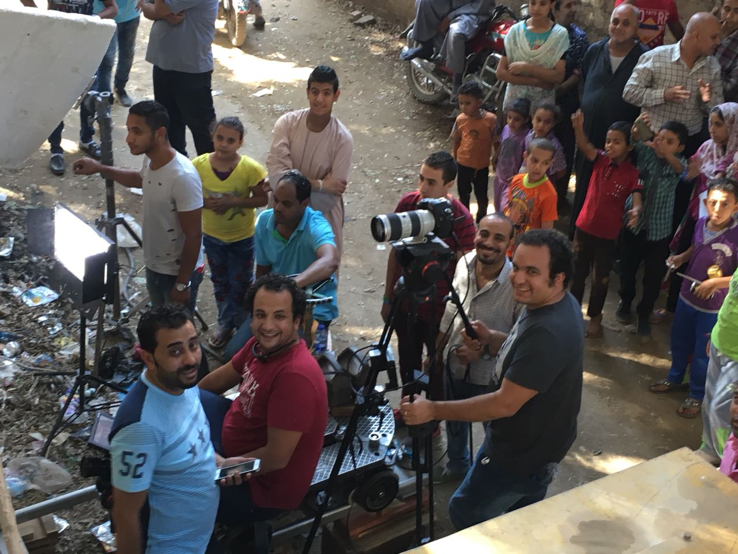 Inspired by the storytelling of Jesus Himself, Dr George uses simple, accessible language. The teachings are relatable not only for the local villagers but also for SAT-7 ARABIC’s audience across the Middle East and North Africa. Gamal explains that for many viewers, part of the appeal is Dr George’s accent, which reflects his upbringing in Assiut, Upper Egypt.

In one episode, Dr George addresses the topic of faith, saying:

“How can one have faith? Jesus said that faith could be as small as a mustard seed. When planted in good soil, it will grow into a big tree where birds can nest. Faith starts out small and grows bigger with time.” At the end of the show, he went on to say:

“Believe that the Lord loves you. Make a small opening in your heart, and tell Him to come and shine His light through it. With time the small opening will grow, and He will fill your heart. Blessed are you when you open your heart to faith in Jesus Christ.”

A total of 20 episodes of Our People have been produced. At just 7-10 minutes long, they are perfect for sharing on social media. The songs and poems performed on the show will be created as audio tracks by Radio Mazboot, which is partnering with SAT-7 on this program.