ADVENT: MANY FLOCKS, ONE SHEPHERD

From its beginning, SAT-7 has worked alongside all the major denominations of the Middle East and North Africa (MENA), with the collective mission of witnessing to Jesus Christ through faith-filled television. Here, SAT-7 Founder and President Dr Terence Ascott affirms the importance of working together: 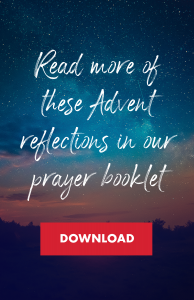 Natural shelters, where shepherds “keep watch over their flock” still abound in Beit Sahour, an area east of Bethlehem. Here, the Gospel of Luke tells us, an angel announced the birth of Jesus. The angel’s good news was not given to the noble or pious, but to workers of low reputation. Jewish literature ranked “shepherd” as among the most despised occupations of the time — but Jesus was to later identify himself with this occupation when he called himself “the Good Shepherd” (John 10:11).

More than a score of Christian churches and denominations have a presence in this part of the world: Orthodox, Catholic, Anglican and other Protestant and Evangelical Churches.

We thank God that many of these rich and diverse churches are also important, long-standing partners with SAT-7. In fact, ever since the formation of SAT-7, it has been an important principle to work with believers from all Christian traditions in the region. In John 13:34-35, Jesus clearly instructs his followers to love one another and… “By this everyone will know that you are my disciples”.

And of course, these churches are key partners for SAT-7 in helping “to make disciples of all nations, baptising them in the name of the Father and of the Son and of the Holy Spirit, and teaching them to obey everything I have commanded you” (Matthew 28: 19-20). Though many flocks, we are united in the service of the Good Shepherd.