LONG-SERVING STAFF LOOK BACK WITH JOY

Ever since SAT-7 KIDS’ first broadcasts 10 years ago, the channel’s very existence has been a testament to God’s provision.

Each team member recalls witnessing God move in remarkable ways, turning difficult situations around and blessing viewers’ lives. Here, three of the channel’s longest-serving staff share some of these special stories. As you read, please join us in giving thanks to God. 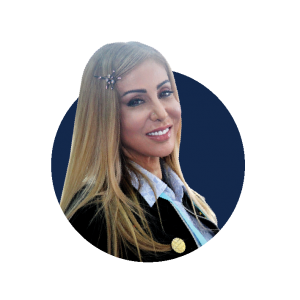 Andrea’s memories of God’s blessing begin long before the launch of SAT-7 KIDS itself. When she started work as a video editor, SAT-7 was broadcasting just two hours of children’s programs per week.

“The timing was amazing,” says Andrea. “At university, my goal was to work for a Christian television station. But there wasn’t one in the Arab world back then. I prayed, telling God that I would work in this field if He helped me to study. I graduated just as SAT-7 was beginning.”

“Looking back, I can see that many things were part of God’s plan,” says Andrea. “For example, at one point we could not travel to Sweden to continue filming there, so we filmed in Lebanon instead. As a result, we created a new character called Angelo who the children loved very much.”

As SAT-7 KIDS has grown into a 24/7 dedicated children’s channel with millions of viewers, Andrea has also seen God’s providence in others’ lives. She says:

“What has touched me the most is seeing children grow up with SAT-7. Some of our young presenters are the channel’s early viewers who have grown up to host their own programs. I know that through them, there is a bright future for SAT-7 KIDS.” 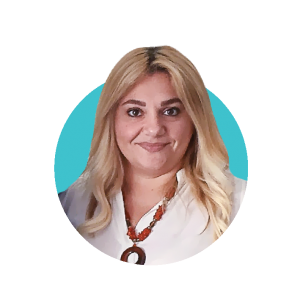 Enaam’s most touching memories are of times when she has seen God move in viewers’ lives, giving them the courage to face opposition to their faith and even the trauma of terminal illness.

“We have lost three of our little viewers to cancer,” she says. “I can’t forget these children who used to write to us. Sometimes their messages were full of hope; sometimes they were full of pain.”

The letter that has stayed with Enaam the most shows how God comforts these children even in their darkest times. She remembers:

“A little girl named Sandy wrote to us in the last stages of her treatment. She had seen Jesus in a dream, calming her and talking to her. She said she knew that she would go to be with Him forever with no more pain or sickness. After a while, Sandy did leave us to be with the Lord.” 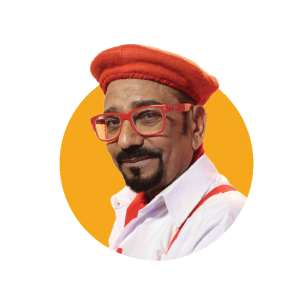 Mounir has also witnessed God working in the lives of children with critical health issues. In late 2016, he visited the Children’s Cancer Hospital in Cairo with a crew from the program Uncle Mounir’s Scribbles. God enabled the visitors to bring so much joy to the young patients that the staff called them “the happiness team”. Mounir, who undergoes regular hospital treatment himself, has a special empathy for the children and passion for encouraging them.

Another of Mounir’s favourite memories is a time when God used a challenging situation for good. He recalls the production of Mini Match, an early game show for children from different Egyptian churches.

“The studio was extremely hot, and there was no air conditioning, so the cameras kept overheating,” says Mounir. “We could only film for a few minutes at a time. But despite these challenges, the program was very successful and helped create good relations between different denominations.”

If you’d like to positively impact a child’s life in the Middle East and North Africa, click here to give a special anniversary donation to SAT-7 KIDS.