As violence escalates across the Middle East and North Africa, millions are questioning their faith. Turkey is no exception. In July 2016, there was an attempted coup against the government. Early 2017 was marked with an ISIS-led attack on party-goers at a nightclub in Istanbul, Turkey. And the violence continues, leaving many wondering how God could allow these acts of terror to occur. Continuing with the focus on our short web series on SAT-7, we turn to a program that renews the hope of millions of Turkish speakers, disheartened by recent events like these.

Words of Hope is a Bible teaching and devotional program that began airing in 2015 with short, but powerful episodes lasting 15 minutes each. Presenter Haluk Bilgen addresses the audience with insightful reflections on events that impact the community. Bilgen points to the role of Jesus in every current event taking place across Turkey. He aims to bring hope to those left disturbed or angered by the violence and injustice sprawled across news headlines. In a country where less than 1% of the population is Christian, programs like this also provide new opportunities to learn about what Christians believe. Words of Hope addresses many misconceptions about Christianity while opening the hearts of millions to God’s Word.

Among those watching the program is Murat. Like many across Turkey, Murat feels hopeless and lost as he wrestles with his belief in God. “Last night I watched the ‘Words of Hope’ program. What the host read from the Bible really affected me. My system of belief―the way I’ve been burdened all my life with living under perceived punishment because of how religion was explained to me―has been turned upside down. I would be very happy if you could help me in finding God.” Words of Hope is helping viewers like Murat to find peace, regardless of acts of violence or injustice surrounding them, teaching that God is in control.

After watching the program Murat emailed SAT-7 to say: 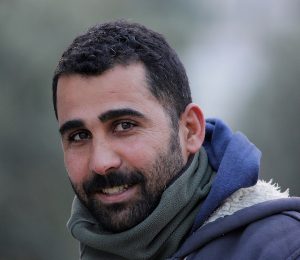 “Last night I watched the ‘Words of Hope’ program. What the host read from the Bible really affected me.  My system of belief—the way I’ve been burdened all my life with living under punishment because of how religion was explained to me—has been turned upside down.  I would be very happy if you could help me in this matter, the matter of finding God.  Keep up the good work.”

WHERE IS THE JUSTICE?

In a recent episode, Bilgen asks the question, “Where is the justice?” using well-known Turkish events as examples. A child was killed during the infamous Gezi Park riots. During another nationally well-known event, the Malatya massacre, three Christians were brutally murdered. Although these crimes  warranted action, justice was not served in either case. Where is the justice? Bilgen enlightens viewers by directing them to Christ. During the episode, he points out that we must all be merciful since God is the only one who can provide justice for everyone. Bilgen ends the episode with words of hope, pointing out that, one day God will provide justice to all. His words are refreshing as they rejuvenate the millions in despair  throughout the region. His words also spark some to think differently, to change their views of God. Because of your support, viewers like Murat are presented a new perspective, finding the hope that only Christ can provide. Thank you! Stay tuned to see how program shorts like this are working with our Farsi and Arabic channels to bring brief moments of relief, hope, and love to viewers in Turkey.