FROM BELFAST TO BEIRUT: IN SEARCH OF PEACE

As people around the world mark the International Day of Peace on 21 September, SAT-7 Development Officer Phil Hilditch reflects on what his unusual life journey has taught him about peace – and how a new project by SAT-7 and partners in Lebanon is an opportunity to partner in God’s work to promote the ideals of peace.

Growing up under the threat of violence

Being born in Belfast and growing up in what was affectionately known as “Bandit Country” – a province of Northern Ireland that was relatively lawless due to the level of sectarian violence and the plethora of armed groups – I grew up thinking that unusual things were normal.

I thought everybody’s parents checked under their car for bombs before navigating their way past army Land Rovers on their way to school. I thought that everybody’s house had panic buttons, CCTV, and high, barbed-wire-topped walls, and that sleeping in different rooms each night – to confuse anyone aiming a petrol bomb through the windows – was just what you did.

The abnormality of this way of life became abundantly clear years later when my wife and I were honeymooning in Thailand. My wife was perplexed and quite embarrassed as I leapt to the ground for cover in response to the sound of what turned out to be firecrackers being let off. 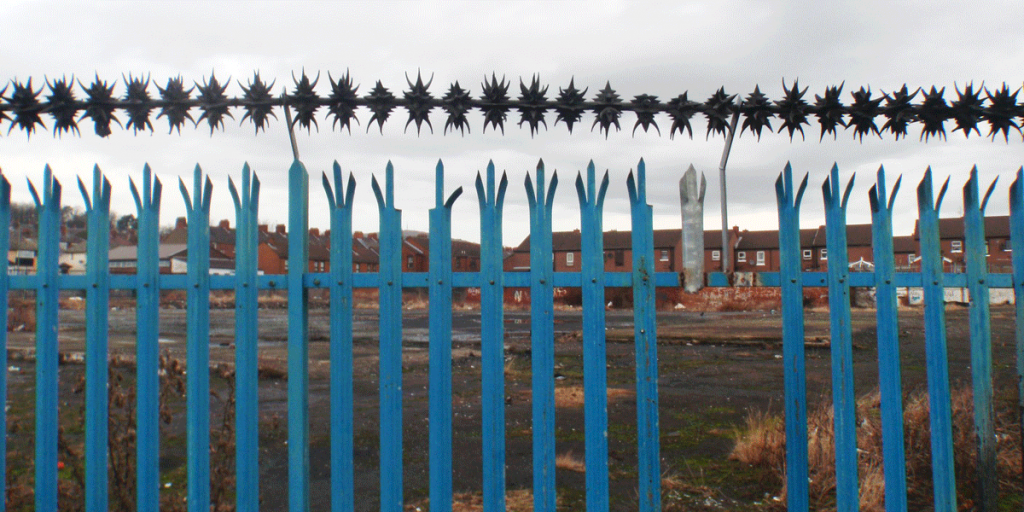 Living in the scars of conflict

Since leaving N. Ireland, I have had the privilege of broadening my view of the world. Yet somehow, I have been continually led to places characterised by fragility or where people bear the scars of conflict, displacement, and suffering. I first came to Cyprus and met my wife Rosie, the daughter of a refugee who was displaced from his home during the 1974 Turkish invasion of the island. More recently, I have worked with people across eastern Europe, the Middle East, and North Africa, all in contexts of fragility. I recall a time when a former colleague of mine got into an argument, and in defence of her anger, she yelled, “I am Bosnian. My whole country has PTSD. What is your excuse for being like this?!”

In hindsight, we can laugh at such a question. But perhaps this points to something much more profound and sobering. Given the events of the Balkans war, it is not unreasonable to think of a whole country carrying the effects of conflict. Conflicts leave deep scars, scars that generations not only receive but pass on to their children. They can also become entrenched or frozen, with only exhaustion or the threat of mutually assured destruction pausing the violence.

As a Christian, one may reasonably ask, “How could God allow this?”

After many years of searching, like many, I have not found a perfect answer to this question. But my thoughts focus on the idea of sin. Humanity has been given the option to choose our actions, and we too often make choices that, to one degree or another, deny the life of others in a misguided pursuit of more life for ourselves. In this way, relationships are broken, and humanity simultaneously becomes both the perpetrator and the victim of sin. So, if we would rather God stopped allowing this, our options would be for God to wipe out humanity altogether – have a good clear out – or perhaps something else. Thankfully, and here’s the good news, God decided to do something else, namely, to send His son.

Jesus, the Prince of Peace, came that we may have life and life to the full (John 10:10). We are reconciled through Him, and all our broken relationships are restored – relationships with God, ourselves, each other, and our environment. We are forgiven, and we can forgive. And this peace points not simply to the absence of violence – a kind of ceasefire – but to something better in its place, a sense of wholeness and fullness. Jesus, through His life, death and resurrection, gave us His peace to dwell in our hearts. We, therefore, are called to participate in the life of Christ and to become peacemakers, reaching out across frightening and uncomfortable gulfs to see relationships restored through humility, patience, and love.

In the Middle East and North Africa (MENA), the need for peacemakers is all too obvious. Lebanon seems to be crumbling uncontrollably before our eyes, and Afghanistan has fallen to the Taliban, along with the hopes and dreams of many, particularly women and children. Algeria has been battling fires, and Egypt is anxious over developments surrounding Ethiopia damning the Nile. Displacement also characterises the whole region, with Syria and Afghanistan being in first and third place in world rankings of refugee-originating countries. At the same time, Turkey hosts the world’s largest refugee population. In fact, according to the Global Peace Index, “The MENA region remained the world’s least peaceful region [in 2021].”

In the midst of this, God is at work – and SAT-7 has the privilege of partnering with Him. One key way we are promoting peace is through a project called Lebanon, Our Story. This is an intervention implemented by SAT-7 in partnership with the Danish Ministry of Foreign Affairs (DMFA), the Centre for Church-based Development (CKU), the Danish Bible Society (DBS), and the Lebanese Bible Society (LBS).

In the face of an unravelling nation, Lebanon, Our Story seeks to respond to poor civic engagement and social erosion driven by sectarianism, particularly the effects on host communities and displaced people. In recognition of the roles that the narratives we tell can play in society, this intervention seeks to tap into the power of storytelling to facilitate the shared writing of a new story for Lebanon, one based on openness, transparency, and accountability.

In March 2021, the project began with a series of on-the-ground activities. One activity involved the gathering of young people from various sectarian backgrounds to tell their stories. I was tremendously struck by the prevalence of violence in the lives of these young women and men. Some recounted stories of intercommunal mob violence, bus bombs, sexual abuse, child marriage , and the Beirut blast on 4 August 2020. The commonality of destruction, suffering, and loss was sobering. The sharing of these stories is intended to bridge groups that have been divided and bond people together around our common humanity, shared space, and experiences, so that Lebanon’s youth may be better positioned to build – to rewrite their shared story. One that is not only characterised by the absence of war but by the presence of peace.

So, as we mark the International Day of Peace, will you remember with me all of the young people growing up with serious misconceptions about what is normal? Childhoods like mine, like those experienced by the youth sharing their stories in Lebanon, do not belong in the Kingdom that God has intended. But through Christ, we have the hope of an alternative way. As we abide in Him and He in us, we may bear His fruit of love, joy, patience, kindness, goodness, faithfulness, gentleness, and self-control. And as we commit ourselves to be actively involved in His mission of peace-making, others may encounter our Prince of Peace and the life – in all its fullness – that He gives. 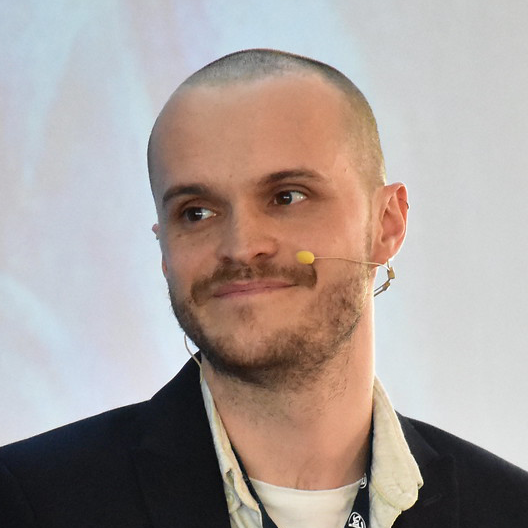 Phil originates from Northern Ireland but grew up in Cyprus and the Middle East. He holds degrees in Theology (BA) and Conflict Transformation and Social Justice (MA). He is a Faith and Development specialist for SAT-7, working with several media-based projects across the MENA region.