SAT-7 KIDS sets a trailblazing example of disability inclusion in a region where disabled children are often excluded. This year, the Christian broadcaster marks the International Day for Disabled Persons (December 3) by wrapping up production on a new season of the special children’s programme City of Stars.

Now in its second season, City of Stars is the only television programme on a Middle Eastern channel – either secular or Christian – to promote inclusion of disabled children and raise awareness of their needs. Produced with support from SAT-7 partner Caritas Egypt, the show features 45 children, including eight with disabilities, who act out a professionally crafted drama script on a colourful outdoor set.

Producer Tamer Adly, who works closely with the children and their parents, explains that the show sets an example for viewers. “I enjoy having children with disabilities on set because that’s where real inclusion happens. If it is real on set, it will show on screen, and viewers will feel it and be encouraged to do the same,” he says.

The show’s first season received a strong response from viewers. “Parents called us, saying they were happy to see their children with disabilities represented,” says Hanan Nicholas from Caritas Egypt. Other viewers, she adds, were awed by the abilities of the children highlighted. “This is the aim of the programme, and it is being achieved. I am very happy with this experience,” Nicholas says. 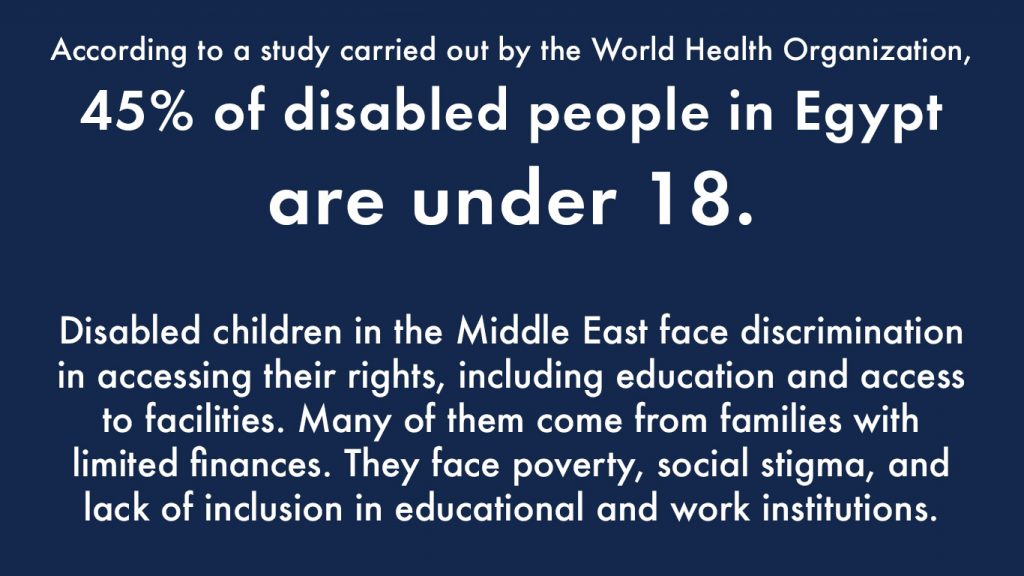 Seventeen-year-old Romany, who has no limbs, plays one of the show’s main characters. Romany describes how he has grown in confidence since the first season. “I’m meeting new people and making friends. My acting has also improved and I’m able to present the character just as the director tells me,” he says.

Nineteen-year-old Hanaa, who has Down Syndrome, plays another central role as Viva, a staff member of the play city in which the show is set. “Hanaa has made friends on set. Even though they work long hours, she’s so excited that she wakes up long before filming starts to get ready. She even helps other disabled children on set, including guiding a blind child,” says Hanaa’s mother, Hanan Mohamed.

As friendships have grown on set, apprehensions created by a lack of understanding have been dispelled. Producer Adly experienced first-hand how these barriers can be broken. “In the first season, I brought my son Youssef, then eight, to meet Romany. But just as we approached him, Youssef froze and wouldn’t talk to Romany. I was disappointed, but his mother and I addressed his fears in a candid talk at home. The following day, I found him on set playing with Romany on the PlayStation,” he says.

Marian Maurice, another of the show’s young actors, says she feels grateful for the opportunity to take part. “We take our blessings for granted. We must show children with disabilities our love. They don’t want our sympathy. It hurts them,” she says.