BLESSINGS AND BONDING THROUGH PRAYER

Prayer is vital to the work of SAT-7 KIDS, both behind the scenes and as part of its Christian programs. Three SAT-7 KIDS presenters share with us the vital role that prayer plays in the life of their shows.

ESSAM NAGY – WHY IS THAT?

Prayer is a wonderful way for young viewers to bond and to show that they care about each other, even though they may never meet in person. When children ask for prayer on the show, Why is That?, Essam encourages the other viewers to lift them up to God, which helps them all feel that they are part of a family of believers.

God used the show’s prayer ministry to change one family’s life in an amazing way. Essam told the story of a 20-year-old young woman from Tunisia, who was a regular viewer of Why is That?. When her parents found out she was watching the show, they banned her from watching it or interacting with it in any way.

This caused the young woman great distress. But when her brother was hospitalised after an accident, her mother asked her to contact the show and ask Essam to pray for him. Her brother was healed, and afterwards he became a regular viewer of the show, which transformed the family’s life together. 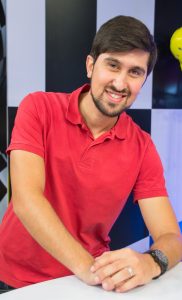 KAMAL KHAIRALLAH – THE GREATEST FRIEND AND LET’S SING TOGETHER

Groups of SAT-7 workers can often be seen praying together before a program is produced, and Kamal’s team is no different. He says, “We always pray before our show goes live, because we believe in the power of prayer. We want God’s Word to change lives, so we pray that everything we do during the show will be blessed and will have an impact on everybody watching us. I have seen countless answers to prayer and also great feedback from viewers.”

Kamal’s program often receives prayer requests from viewers, who frequently ask for prayer for their exams or because they are having a hard time at school. “We either pray for these children over the phone, or we give their names at the end of the episode and pray for them then,” Kamal explains. “Often, they contact us again later to thank us for praying and to tell us that they did well in their exams. That is why I believe our prayers are always answered.” 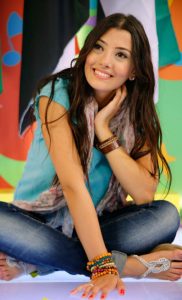 The Let’s Sing Together team ask children to call the show with their prayer requests, and at the end of each episode they pray for them and for the Arab World.

“The kids love this!” says Marianne. “They are really encouraged and keen to share their prayer requests every time.” The team also receive many stories of answered prayer, and Marianne recalls one example: “A Syrian girl called Rihanna, who is currently living in Lebanon, asked for prayer for her friend, who was very sick. We all prayed, and two weeks later she called again and said that her friend was well and that it was all thanks to our prayers. It makes me so happy to see how many kids are encouraged to believe in the power of prayer and to ask their fellow viewers to pray for them.”

Marianne also helps the young viewers understand that God still performs miracles today. “Whenever two or more believers pray together, we are sure that miracles happen,” she says. “I hope that this message is being conveyed to children clearly.”