BEIRUT BLAST: WHAT HAS CHANGED AFTER ONE YEAR?

As the one year anniversary of the catastrophic explosion at the Beirut Port approaches, SAT-7’s Beirut-based Communications Officer Maria Al Khoury shares her experience of the blast, how the country has seen no let-up in suffering and crisis – and what the country needs more than ever, is hope.

I can’t feel anything. What happened?

In just a moment, everything around me had changed.

This was the case for every person who lived through the Beirut blast on the evening of 4 August 2020.

I still remember how the floor beneath me started shaking and I ran. I felt the whole building was shaking, not just the floor. Turning around, I saw my sister for a second – and then we couldn’t hear anything. Everything in the room was thrown into the air, and glass shattered all over the place. I felt a stone – or a breezeblock – hit my back very hard. We were frightened, and, for a moment, couldn’t understand. What was all that?

I still remember how my sister’s face turned pale, and I believe this reflected my face too. We walked around crying, with drops of blood falling on the path. I didn’t know where they came from until I discovered the wounds in my body and feet.

We went to the balcony, and all we could see was shattered glass all over the streets; chaos; black smoke and dust hovering over everything. No one knew what had caused it. People’s faces were covered with anxiety and fear.

My sister grabbed the phone and called my parents. They were worried, wishing they were with us. We found out what had happened – an explosion at the port.

My mum came home, and I could see the pain in her eyes as she was describing the streets on her way home; people dying, hospitals full, debris all over the place. This was Beirut on 4 August 2020.

I still remember that night, how my mum and sister tried to clear the glass and search for our belongings that were thrown from the building. Some were never found, but I thank God that we were not searching for loved ones as many people were. Some of these loved ones were also never found.

I couldn’t move properly for two weeks. My back was in extreme pain from the glass that had hit me with such force. I slept in a sitting position, or in other words I didn’t sleep. No one could sleep, and the fact that some took the chance to break in and steal – since almost all apartments in the whole capital now lacked doors and windows – made rest doubly impossible. Theft was especially prone to happen since Lebanon had been suffering an economic crisis since 2019.

Now, one year has passed – and what has changed?

Lebanese people still do not know why the blast happened, damaging their capital and killing more than 200 people. Victims’ families are still fighting for their rights.

And the situation in Lebanon has only been worsening with time; the economic crisis, poverty increasing, COVID-19, no hospital beds, no medicine, no electricity, and, recently, no fuel. People tell me that they feel like they are living in a country where the government has forgotten they exist. I can’t deny that they echo my own heart.

Every day we feel that the streets will erupt, since people cannot take it anymore. It feels that we, the Lebanese people, have had no rest. The explosion triggered new ideas and inspired change and brought people together across sectarian lines for the first time in my memory. Many people considered leaving the country, and many have already left. We had hoped that it would prompt the government to take action, but that remains to be seen.

It is becoming progressively harder for youth to start stepping into their future. The economic situation is affecting every sector, making the whole economy dysfunctional.

In some ways, people are reliving the trauma of the Beirut blast every day: when people die on hospital doorsteps, when citizens are injured in protests, when patients cannot get medicine for minor or chronic diseases.

Every street in Achrafieh, my district, reminds us of the blast. Damaged buildings; the port that looks like a ruin; the names and pictures of victims hung on walls. Sometimes, for a second, I can see the scene all over again, in every detail.

What the Lebanese people need is hope; hope that could allow people to keep living in a country that is losing all it has, day by day. I thank God every day that He kept us safe on that devastating and catastrophic evening, and I pray for all the families who lost loved ones in that moment when everything changed. 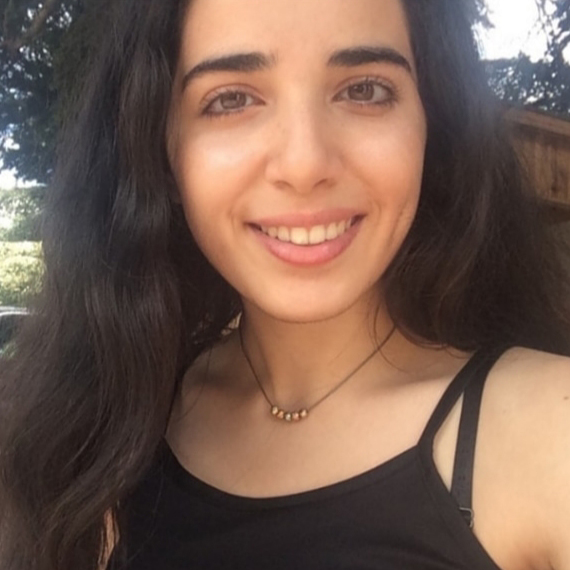 Maria Al Khoury joined SAT-7 in June 2021 as a Communication Officer for the International Office. She is a fresh graduate from the Lebanese American University with a degree in Multimedia Journalism. She has worked in several events as a journalist, social media coordinator and photographer.