A YEAR AFTER PALM SUNDAY ATTACKS, JOY RETURNS TO EGYPT

Last Saturday I stood on the spot where 18 people lost their lives to a suicide bomb just one year ago. I was in the gateway of St Mark’s Coptic Cathedral in Alexandria, with local SAT-7 colleagues and three other journalists. We had come to see SAT-7’s work and the life and faith of the Egyptian Church.

We fell silent as we recalled how four security guards, six passers-by and eight Christians on their way from Palm Sunday worship were killed by an explosion in this very place.

Looking at news reports from that day, I saw how chaos came to this port city, and a nation itself was stunned, on what had been a day of joy and celebration.

Twelve months later, there was calm in the church precinct. Sunlight flooded the square where local traders displayed skilfully woven palm decorations – fronds, crosses and crowns – in anticipation of massive demand on Sunday. Coptic Orthodox Christians would again take advantage of a rare Sunday holiday and fill the church to overflowing, in faith and defiance of any threats to their safety.

One of the palm salesmen, Mattar Gergis, pushed aside the palm crosses for a moment to reveal a framed picture with photographs of the Christians who died. “He was a good man,” he said, pointing out his friend, Gerges Mattas.

STRUCK BY THE BLAST

Mattar’s pain is deep, but nothing can compare to the loss that 33-year-old Mary Edwar, a hospital secretary, experienced when she and her husband, Kareem Ghattas, were hit by the massive bomb blast. Mary, a petite woman, is composed and quietly spoken as she recalls how they were both blown off their feet while they held hands in the church gateway.

Mary received multiple shrapnel wounds, but she could see from Kareem’s head injury that his state was far worse. Rushed to a hospital, 43-year-old Kareem died nine days later from a brain haemorrhage. After several major operations, Mary herself has made a good recovery, but she had been pregnant with their first child. Tragically she lost the baby as well as the husband she doted on.

As the anniversary of the event loomed, Mary said her emotions switch between “good and not good”. But since the tragedy, she said “God has sent her a lot of consolation from the people and the priests. Whenever I break down, I resort to prayer.” When she struggles to understand why God could allow such violence, she said Scriptures like Isaiah 55:9 “calm the volcano inside her”. And attending church gives her “an inexpressible joy that cannot be compared to anything else”.

Mary spoke admiringly of her husband who loved her very much and takes comfort from the fact that, ever since an earlier church bombing in the city on New Year’s Eve in 2011, Kareem sensed that God might call him to be martyred.

For Mary, Kareem’s willingness to die for his Saviour and his commitment to serving others are a daily inspiration. “If anything happens to me, I want you to go to the church and serve,” he told her. This has become her commitment too, whether in the church or hospital where she works and visits patients in her spare time.

Impressively, Mary seems to have no bitterness. In taking innocent lives, she believes the suicide bomber forsook his opportunity for eternal life, but she said, “May God forgive him”.

Thankfully, despite a call for attacks on Christians, tourists and voters, issued by the Egyptian Islamic State during this year’s presidential elections, both the polls and Palm Sunday passed off peacefully.

Celebration was powerfully in the air at the massive Cave Church and surrounding Garbage Village in Mokattam, Cairo when we visited there on Palm Sunday itself.

The narrow, bumpy streets of this 95 percent Christian district were jammed with worshippers flooding away from a twenty thousand strong gathering in the Cave Church open-air auditorium. Drums, horns and even ululating voices added to the cacophony of cars, mopeds and tuk-tuks.

At the sprawling church precinct, many families had stayed on after the service, either to carry on savouring the atmosphere or to find some shade and eat picnic lunches together on this special day.

“It’s a fantastic day, very, very special,” said Edward, a middle-aged man who had come with his wife, married children and grandchildren. “My God protects this place, I’m sure,” he said. “I don’t have any fear in this place.”

Fifteen-year-old Fadi from a family who are enthusiastic viewers of SAT-7, said, “We came here to this open place to worship and enjoy being with so many people.”

In a weekend of meetings with church leaders from the Evangelical, Catholic and Coptic churches in Egypt, we repeatedly heard of how terrorism is a concern, but it is not going to stop Christians – either from worshipping or from serving their communities. Pastor Sameh Hannah at Egypt’s largest Evangelical church, Kasr el Dobara, spoke of the church’s 24 drug rehabilitation centres, its ministries to abuse survivors, its relief work amongst the poor and support for churches across the region. Dr Andrea Zaki, President of the Protestant Churches in Egypt, mentioned the church’s 23 schools, two hospitals, and a football match that drew over two thousand young people of different faiths to form bridges of friendship. Franciscan Fr Boutros Daniel of the Catholic Cinema Centre talked of their relief work amongst the poor and taking screen stars to visit hospital patients. The Cave Church itself and its multiple education and other projects are themselves a remarkable example of ministry in a community that was once impoverished, disheartened and riddled with social problems.

The programs made by SAT-7’s Egypt studio are another powerful example of the church’s passionate witness and determination to bring light and hope in a society facing the pressures of sectarianism, insecurity and a struggling economy.

In our three days, we saw the production of Speak Up, a programme that offers some of the best Christian counselling advice to address a variety of practical and mental health issues. Then there was the young cast preparing for Chat-O, a fast-moving children’s show that tackles issues raised by children themselves and has been nominated for the 2018 Prix Jeunesse International Television Awards. Today it was answering the challenges of an 11-year-old guest who is bullied for her small size.

On our last day in Cairo, we spoke to the producer of a TV series that is courageously tackling the causes of violence and extremism. Ramzy Bishara is the producer of The Accuser. The idea for the show came to him after the 2011 bomb attack in Alexandria. He wondered what could have led anyone to do this.

“All the bomb attacks against churches evolve from thinking that Christians are unbelievers,” Ramzy said. “No-one would do this unless they are brain-washed.”

To counter this, the show invites viewers to rethink what they have been told in the light of evidence. Its main audience are those who are vulnerable to the misinformation that leads to hatred and, ultimately, to terrorism. Christian experts and teachers and scholars of the majority faith address issues of tolerance and extremism, false allegations made against Christians – such as the claim that churches hide guns in their buildings – and misunderstandings of Christian belief.

“One of the goals is to show that we are different, but we can live together peacefully,” Ramzy said. Representatives of both faiths use the opportunity to present the cause of peaceful co-existence.

A couple of hours later, we filed past police security at another church in up-market Maadi. We joined Coptic believers as they gathered for the first evening of the more sombre Holy Week “Pascha” prayers.

Egyptian Christians of all denominations were continuing their journey towards their Good Friday and Easter celebrations a week after the west.  As they did, I prayed that they would do so in safety and joy. My wish is that the power of Christ’s resurrection will sustain them as they go on loving, forgiving and serving, just as their Master did, and that this love will spill over to bring fresh hope in their communities. 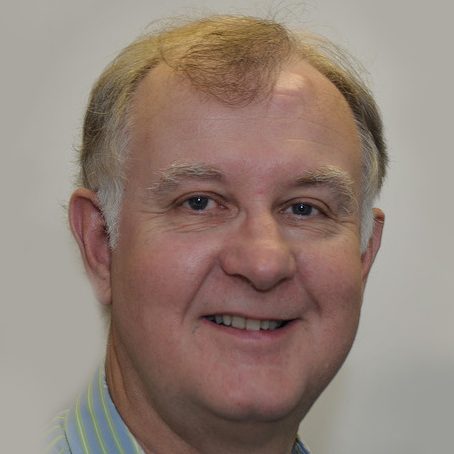