A REASON FOR CHRISTIANS

Mary Joseph, SAT-7 Egypt Communications Officer, describes how Christians in Egypt prepare for Christmas every year, sharing her reflections of losing two relatives in a church bombing in Cairo, and how this affected her family’s perspective and approach towards the Christmas gatherings and festivities.

A couple of weeks before Christmas festivities begin, my family and I attend a special mass held in remembrance of two beloved close relatives who passed away during a bomb attack on a church in Cairo in 2016.

Christmas, a joyous time for all, is a time for us to remember not only the advent of our Saviour but why Christians are here.

Before the incident, the time building up for Christmas was filled with preparations such as decorating homes, buying new clothes, making food arrangements and attending Christmas carols events.

But on 11 December 2016, there was a shift. The bomb attack left a bruise on the festivities of our families.

The free-spirited expectation of Christmas became more sombre, yet the faith remains.

Advent now is more reflective on the purpose of Jesus’ birth on earth, to save us. His visit to Egypt as a child was not as a tourist to see the Pyramids, but to hide from Herod’s army who sought to kill Him.

Our family now has a new perspective on Christmas. It is not a season of preparations but a time to reflect on our purpose on earth. We must be a testimony of the presence of the Lord wherever we are and remember Jesus’ words.

Our Christmas traditions may have been tainted by the loss of two valued relatives, yet they still continue in the wait for our Saviour.

On Christmas Eve, we hug, kiss, eat, drink, chat and exchange some presents. We remember the loud laugh of my late aunt Marcelle and her signature “fetteh” dish that we awaited every year.

In her seventies, my aunt was joyful, commanding (being the oldest sister), and wise. She was the reason we all gathered in one place for Christmas and Easter.

Not only did she part us with a great shock, but her daughter also was the light of the family.

The only physician in the family, Nevine was an encyclopaedia on doctors and ailments. Her patience, sweet smile and calm demeanour were a haven for everyone.

These memories stay with us every Christmas Eve year after year.

As in our home, Christian homes across Egypt are warm with the spirit of Christmas in expectation of the birth of Jesus Christ, even though one can hardly feel Christmas on the street where there’s minimal store decorations and Christmas items on sale.

Churches hold spiritual prayer nights during advent and organise charity events where people can donate money or items to give to the poor on Christmas day.

Food shopping and holidays during Christmas

Most Christians fast during advent for 40 days by eating only vegetables. They break their fast on Christmas Eve during family gatherings after midnight mass.

Steaming soups, stuffed vegetables, rice, meat and seared poultry make up the Christmas dining table upon which everyone pounces as soon as midnight strikes.

Since most Christians in Egypt are Coptic Orthodox, Christmas is celebrated on 7 January. Only a small percentage of Christians celebrate on 25 December.

In 2004, the Egyptian government declared 7 January a public holiday.

Some shops are decorated with “Happy New Year” signs. Some shopping malls even have Christmas trees in celebration of New Year.

Home to the largest number of Christians in the Middle East, Christians in Egypt are still considered a minority. They make up 25% of a population of over a hundred million.

Coptic Orthodox Christians are the indigenous Egyptians who accepted St Mark’s evangelization of Jesus Christ in the mid-first century A.D. They accepted the Christian faith and delivered it to their descendants since then.

Minority or not, Christians in Egypt hold on to the promise of Christ that we are not alone:

“These things I have spoken to you, that in Me you may have peace. In the world you will have tribulation; but be of good cheer, I have overcome the world.” (John 16:33) 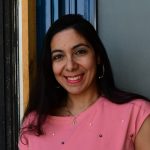 Mary Joseph is SAT-7’s Egypt Communications Officer and is based in Cairo. She has lived in Egypt and Australia and worked as a journalist in secular and religious media. Her passions are reading, writing, traveling and photography.